Motivation Speaker and Magician Performs For A Leadership Camp in New York.

Motivational Speaker and Magician Dewayne Hill recently performed for a leadership camp in New York. The camp had over 500 plus campers from all over the world. The magician performed and talked about respect your fellow campers. #motivationalspeaker #magician #corporatemagician #DewayneHill #NewYork #leadershipcamp

Magician and Producer Dewayne Hill has secured a private film investor to help produce a pilot for the television series called "The Discernment". Hill has written 3 episodes of the planned 10-episode series. Principal photography will start in Spring of 2019 and will be shopped to the top streaming services and major television networks and a comic book company. "I want to be smart but aggressive- shopping the script will be done, but I really believe they (studio executives

I had the honor of being the MC and opening act for an amazing Earth- Wind-And-Fire Tribute Band. Gr 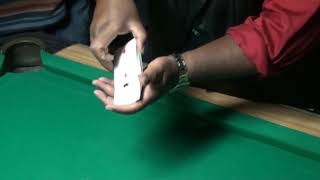 Magician Dewayne Hill Set to Produce and Direct Horror Film "The Discernment, The Book of Evil"